Welcome to our street connecting story

In our community Tom Wheatley and his family have been decorating their home with an increasingly spectacular display of lights for 10 years. They do it purely and simply to bring a smile to people’s faces and raise money for charity. To officially ‘Turn on’ the lights the family organise a street party. They talk to all the neighbours in the cul-de-sac to get the all clear to close off the street, bring in a stage for local acts to perform, bouncy castles, stalls, rides, food, and a grotto.

This year Tom was determined to make the event the biggest one so far. After months of planning, erecting the lights, and promoting the event on a bitterly cold day a group of volunteers came out to set-up the event. For me because it was November it didn’t feel Christmassy yet but I was excited about doing a community event and about the switch on. 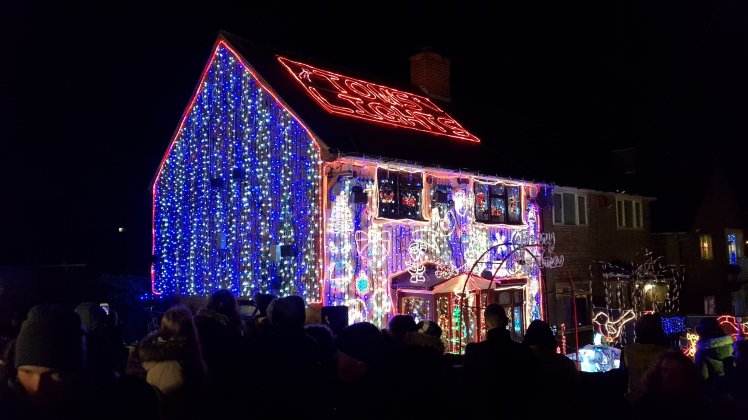 The event opened at 4pm and people slowly started to arrive and an atmosphere of excitement and anticipation was beginning to grow. By 5.30pm a good crowd had arrived and we all huddled around trying to keep warm ahead of the big switch on. The announcement came from the stage and the countdown began….5……4…..3…..2…..1…..and we are live!! There was a real feeling of awe and wonder as the lights lit up. It’s hard to describe and explain the feeling I felt right at that moment but for me it was something of hope. We stood together neighbours alongside each other enjoying the wonderful display one of our fellow neighbours had created for our community. All of us smiling, all feeling joyful and filled with a sense of hopefulness as the street now glowed. After people had taken in the wonders of the display slowly they began to meander away back to their warm homes and as they did the lights continued to twinkle. 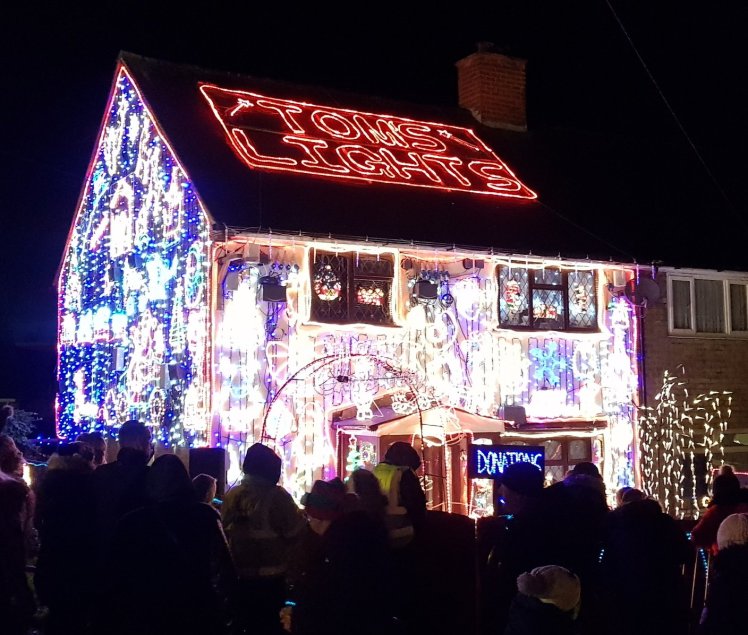 From all of us in Firs & Bromford we thank you Tom, Sharon & Andy Wheatley. What you create is incredible and is a huge asset in our community.