Recently I was asked to share my thoughts on what it means to have a sense of common / shared identity in our place i.e. our streets, neighbourhoods, cities? And with that how can we be more imaginative and creative in drawing this out of ourselves and others? This inspired me to write a blog with my reflections.

The context from where I draw my reflections

Firs and Bromford is two neighbourhoods built in the 1950’s and 1960’s which was a time in the UK when the government built lots of housing estates, knocked down slums in city centre’s, and moved whole communities of people out into brand new neighbourhoods. For many people this was seen as utopia with heating, multiple rooms, indoor toilets and bathrooms, gardens, green spaces, parks, local shops, and new schools. In those early weeks, months and years people talk about meeting lots of new neighbours all at the same time, and also having a common identity of being ‘new’ together!

Over the years the utopia moved to struggles as open spaces, subways and tower blocks became places susceptible to crime, in particular in the blocks people struggled to build bonds along the long corridors, broken lifts, and cold stairwells. Through this though it feels like there became a bond, a unity, and a togetherness amongst many of the people living here! People describe to me this place as ‘not as bad as people think’, ‘there are good people here’, ‘we come together to help each other’, ‘we know how to have fun here’. Now we have the 4th generation of families who have called Firs & Bromford home.

This identity has slightly dissolved for some over the last 30 years. People describe a time in the late 1980’s into the 1990’s when the city council took things away from them like running groups, events, youth clubs, disco’s, running the community centre (which they had fought to be built), and caring for the elderly. All things local people pulled together to do, and do well! The council regulated and professionalised most of them saying you don’t need to worry about these things anymore, leave it with us! This took away a lot of the ‘roles’ in the community, and took away many of the opportunities for people to connect with each other, and took away some of the perceived power to make our neighbourhood a good place for all. The political and economic climate of the marketplace that grew in the 80’s and 90’s also took people away from the neighbourhood to shop, to do leisure etc. This meant some of that togetherness and shared identity fell away and got lost, but not totally lost! 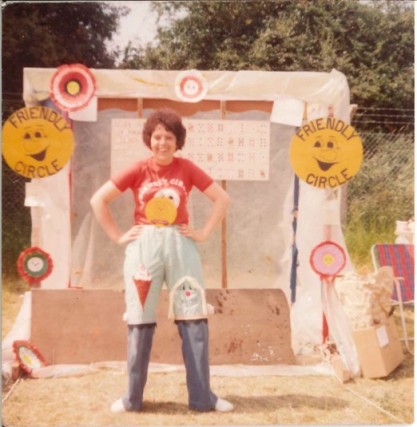 There is also a feeling that the place has deteriorated physically over the years and is forgotten and neglected (by the authorities)! For some this has led to apathy with a sense of ‘why bother’! But importantly this is part of the identity, a feeling of being forgotten and neglected, and a feeling we have to fight for everything otherwise it will be taken away! What happened in the 80’s and 90’s also led to a culture for some of looking to the council for the answers! We can’t do anything without them! This is changing, but that belief is still there for many.

So what does it mean to have this common shared identity in our place?

There is a deep rooted identity with being from ‘the Bromford’ or ‘the Firs’! which I feel stems from a unity, a bond, a badge of honour for some, a toughness and resilience that comes from living in a ‘tough’ place. The fact we don’t have much money or possessions means we make up for this in being generous in other ways, although people are generous with what money they have!

It’s an interesting identity because Bromford or Firs wouldn’t necessarily now be people’s choice of a place to live! If they had the chance I think some would move, although this is changing for many with the community building that has happened in the last 10 years! But still it’s not seen as a desirable address. But, there is pride in the place, and for many people they couldn’t foresee a reason to leave, it’s ‘home’, we know it can be a bit crappy, but it’s ‘our home’, and we love it! 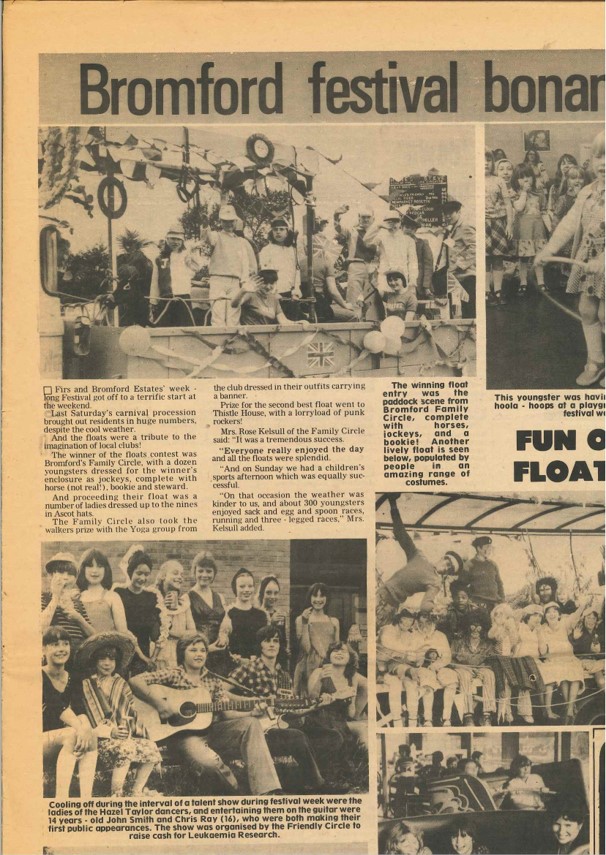 When I arrived in Firs and Bromford in late 2007 I began to understand and respect the identity of this indigenous group. I am still being surprised, shaped, challenged and inspired by it to this day, and after over 10 years of living here I feel it’s also an identity I now share. I think it has shaped much of our community building here. The idea that maybe we don’t have much money, and have been forgotten, but we have each other, we look out for each other, and we have the resources we have so let’s make the most of it. In recent years this has evolved to encompass the Asset Based Community Development (ABCD) language of unearthing the hidden treasure, the assets, the gifts, the skills, using our natural resources, and nurturing a gift economy. The language and an ABCD lens has sharpened our focus on what is important and upon the togetherness, and has led to an increase in confidence to give things a go, and make this happen for ourselves. This has also led us to think we want more for our neighbourhood, we want better.

This year we held an event called ‘looking back, to look forward’. The focus for the event was to make a more direct link between the early years of our neighbourhood and today, and make the connections between the two. We identified key community builders from the 60’s, 70’s & 80’s, presented them with ‘lifetime achievement awards’ and invited them to an evening where we celebrated and shared their stories. The event was re-creating a 1977 Silver Jubilee street party, which featured in so many of the stories we heard. This in itself was making a direct link to the street events we hold now.

To prepare for the evening we had a listening team who interviewed the award recipients. For each story we linked it to today and the community building we are doing now. We also looked to the future, asking what kind of neighbourhood do we want to live in? This worked well, and unearthed so many stories of this neighbourhood coming together, and a sense of pride in this place. 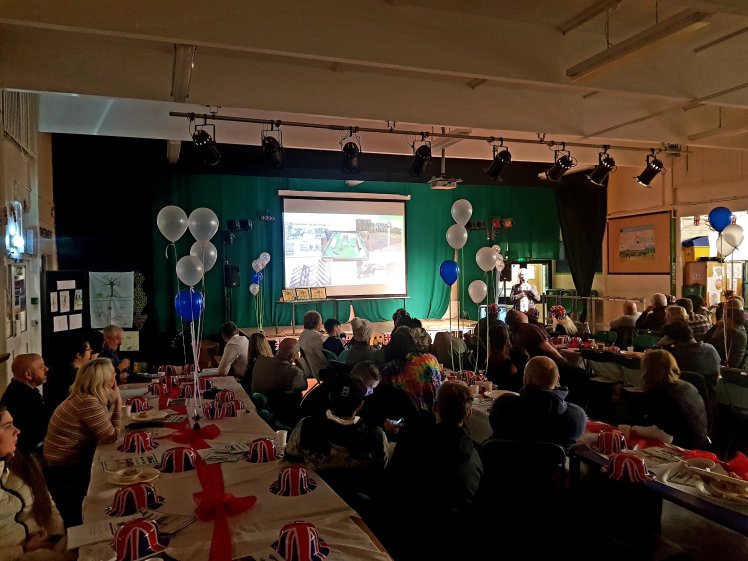 One of the key themes that emerged is that from the early days of this neighbourhood the best most effective things happen when neighbours come together to make it happen. I feel this has become our identity and our shared story over the past 10 years, and from the event I realised it’s actually always been the identity of this neighbourhood. The neighbourhood had power and resources taken away, and lost some confidence to try and do things themselves, but now it’s re-emerging. The community building has tapped into this identity, re-awoken and fired-up a spirit, and has helped us re-imagine the possibilities for now and for the future.
I know I felt a deep level of respect and reverence for those who had gone before us, those who had opened doors and opened hearts, and the footsteps of community wayfarers we are now treading in who have gone before us.  They helped shape and define our neighbourhood.

How can we be more imaginative & creative in drawing this out of ourselves and others?

For me what emerges is the power of story telling and story sharing. Over the past few years we have been intentionally creating spaces to come together to share stories, always over food, and always stories about each other. I believe this has helped us understand a shared story of our place, and our shared identity.

Most recently we have begun to explore what a focus on listening in our neighbourhood could unearth both in those being listened to, and the listeners themselves. Our first trial was to have a day of listening in four spaces in our neighbourhood; Women’s group, The Real Junk Food Kitchen lunch, Firs Family Club, and the Youth Social Action Group. The listeners were tasked to open up conversations about ‘where in our community do you feel and experience a good life?’ and ‘how does this happen?’, and then listen!

It’s too early to draw any meaningful reflections, but it definitely opened up some amazing conversations and allowed people to tell their stories of this place, and their lives in this place. I feel this is the beginning of an exciting new chapter for our community building. One where we will unearth even more about our shared identity and our shared purpose, and in particular hear the voices perhaps not yet being heard.

Thank you to Scott (@scottyjones) from We Love Long beach (@welovelb)for asking for my thoughts on this. I look forward to hearing your reflections, and the thoughts of others.