During December Hodge Hill Church facilitated something called Posada.  The word posada means “inn” or “shelter” in Spanish, and in Mexican tradition, the Bible story of Mary and Joseph’s journey to Bethlehem and their search for a place to stay is re-enacted by people hosting and holding a gathering of people.

In Firs & Bromford Mary and Joseph sheltered and were welcomed at community spaces, groups and some local homes. People hosted gatherings including meals, carol singing, and Christmas events. During these events people were encouraged to have conversations about what Christmas means to them, the greatest gift they’ve ever received and what would be the greatest gift for our community this Christmas. It was lovely to see so many people in different places connecting and sharing. 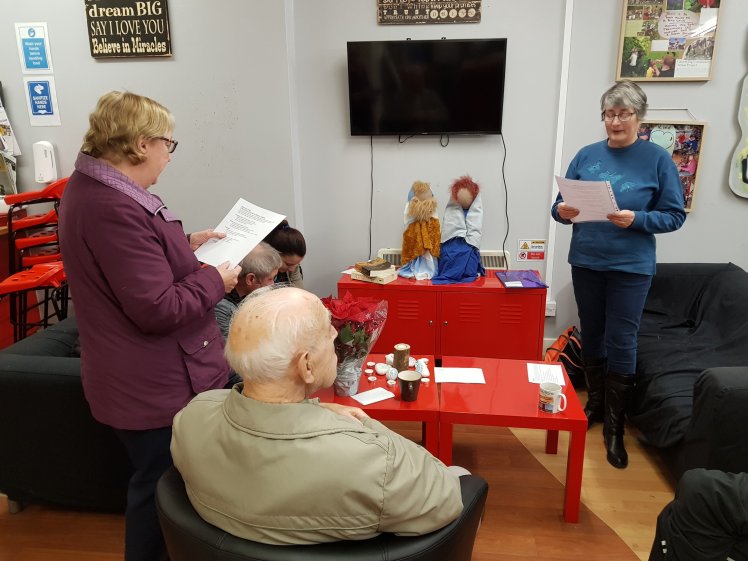 Wendy hosted carol singing outside her house, which was led by Kevin and Jo.  A few neighbours braved the cold to sing, and share mince pies and mulled wine.